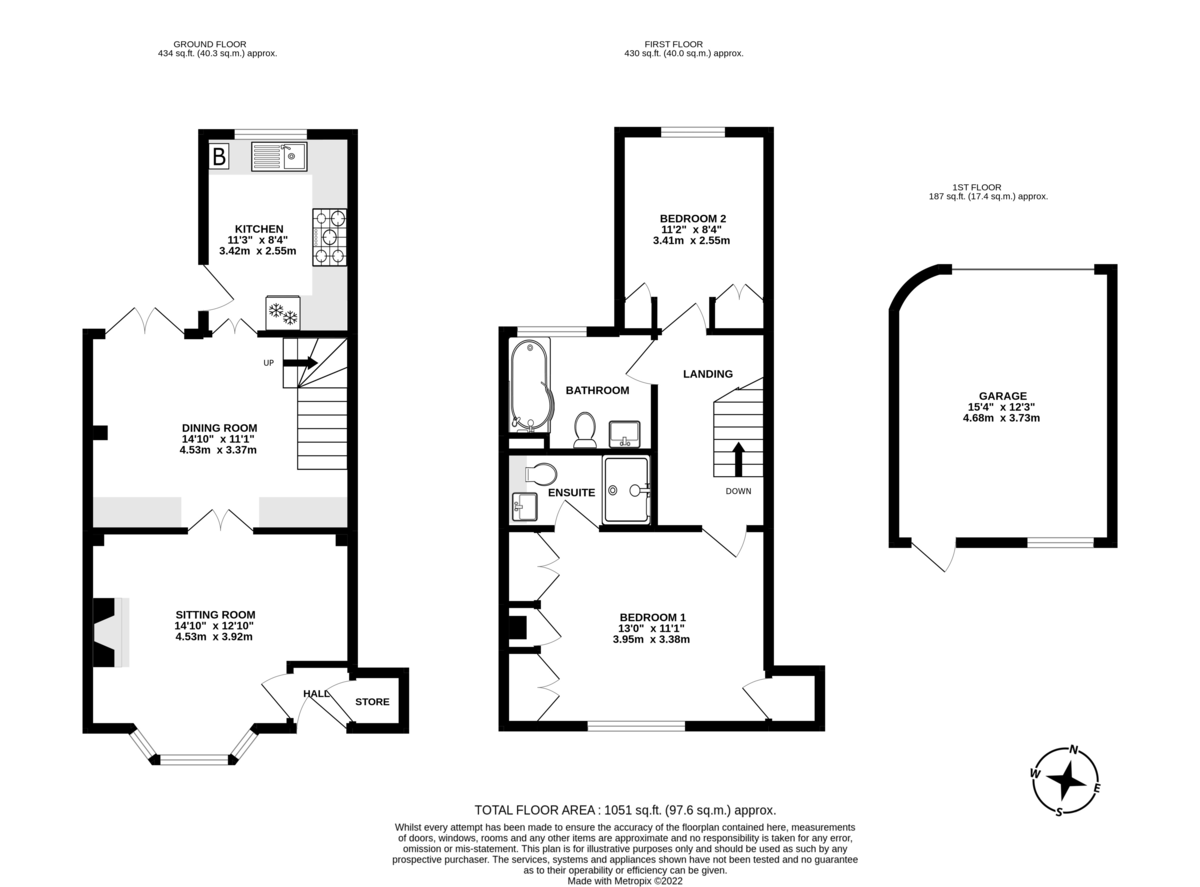 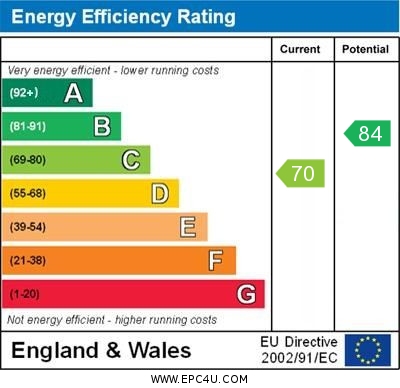 A charming Victorian home in the centre of the market town of Alresford, located just moments from the shops and facilities in the centre of the town. The house is well-presented throughout, and has two double bedrooms and two bath/shower rooms, as well as separate sitting and dining rooms, and a fitted kitchen. There is a delightful courtyard garden to the rear, and a large garage which is accessed via a shared driveway to the side of the house.

The front door opens into a small lobby, where there is a storage cupboard housing the meters.A door opens to the sitting room, which has an attractive bay window, a coal-effect gas fire in a cast iron surround and slate hearth. Double doors open to the dining room, where there are stairs to the first floor, fitted bookshelf storage and French doors to the garden. The kitchen has fitted kitchen units with granite worktops, an inset sink, an electric range cooker with a gas hob and filter hood above, integrated appliances and slate-effect tiled flooring.

Upstairs, on the landing is a loft access hatch. The main bedroom is at the front of the house and has several built-in wardrobes, as well as an en-suite shower room, which has a modern white suite. The second double bedroom has built-in wardrobes and a view of the garden.

Alresford is a beautiful Georgian town known for its variety of independent shops, restaurants and inns located in stunning surroundings on the edge of the South Downs National Park. Attractions include the Watercress steam railway, schools for infant, junior and secondary education, several churches and an active and inclusive community. The cathedral city of Winchester is about 7 miles away and there is easy access to the south coast, the midlands and London via the road network. There is also mainline rail access to London from both Winchester and Alton. Southampton airport is only about half an hour away by car. 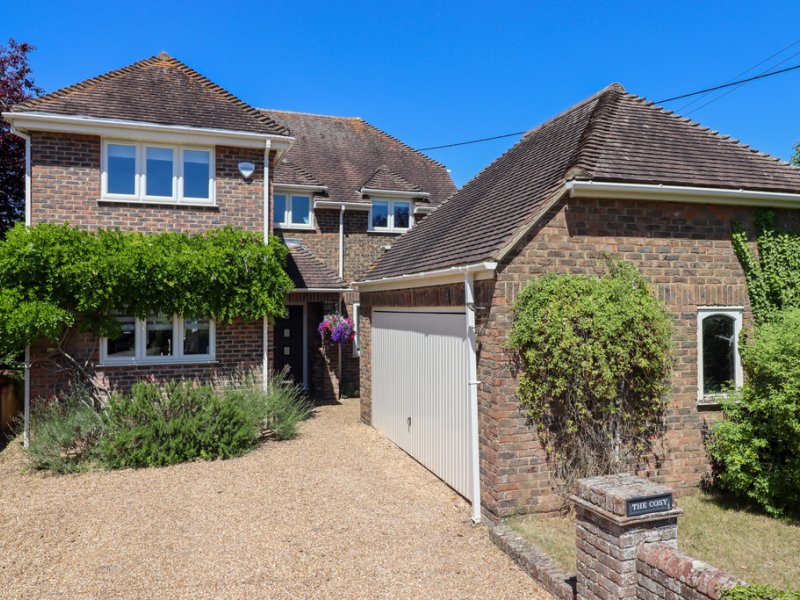 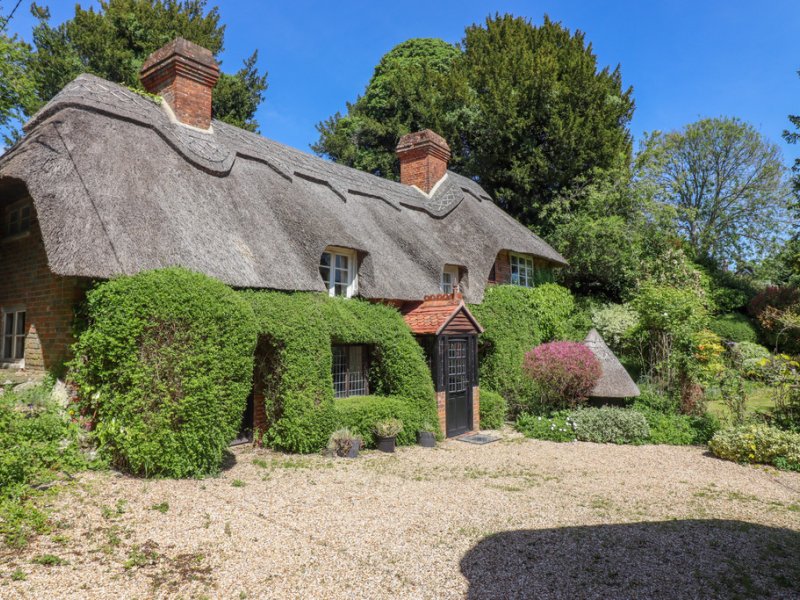 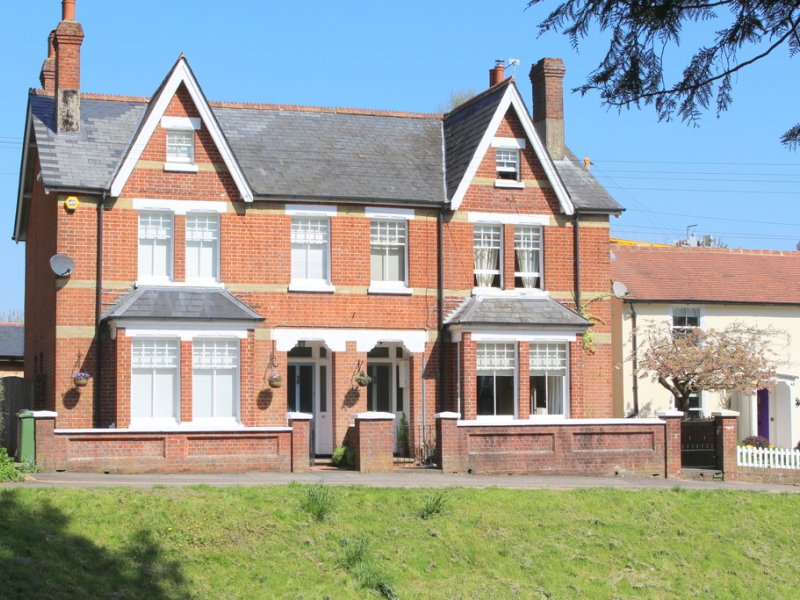