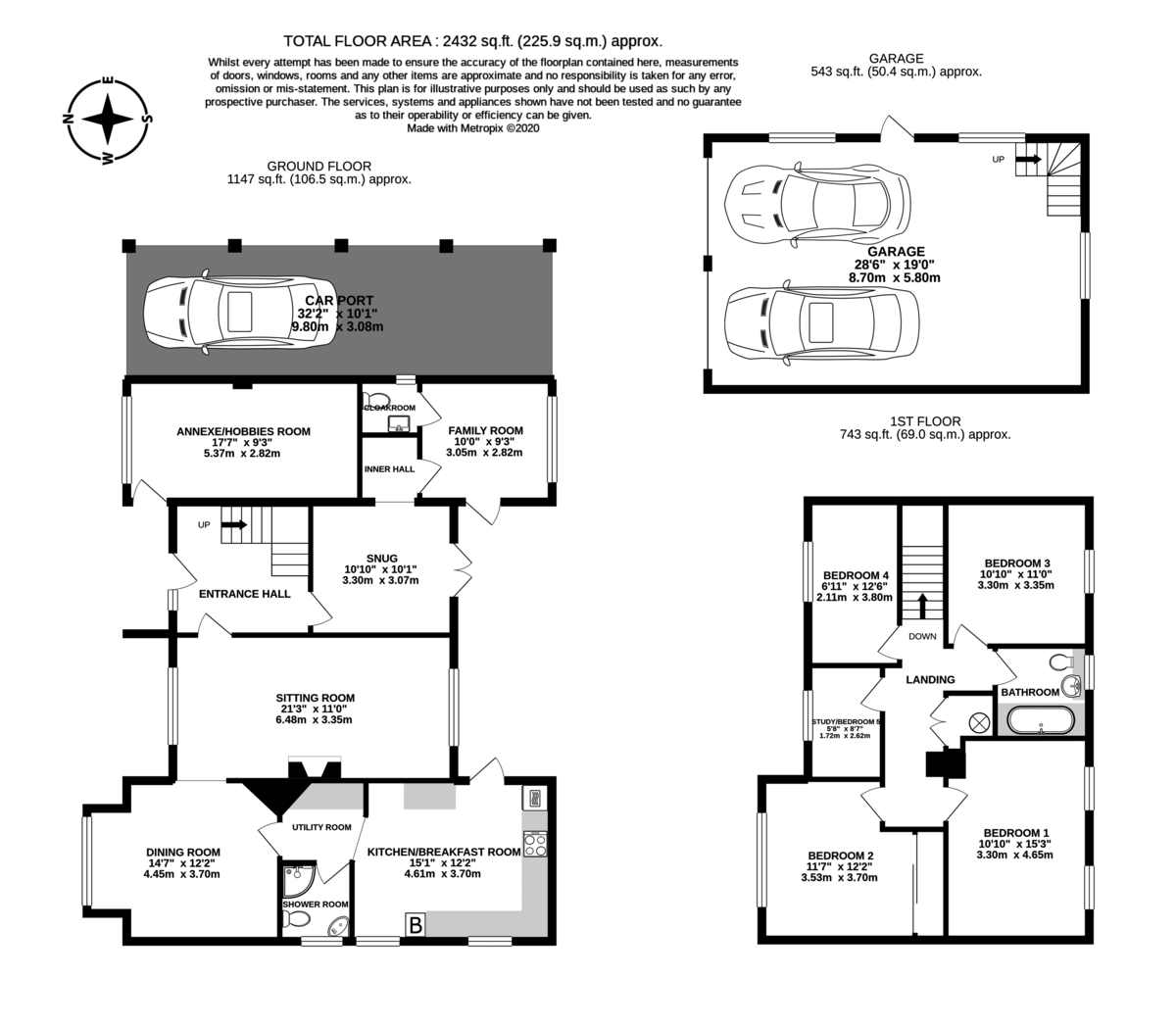 A sizeable five bedroom family house sitting on a gorgeous half acre south-facing plot, with beautiful views over fields towards the National Park. There is good parking and a large garage measuring 28'6" x 19', with useful storage/work space above. The house has scope to be extended, subject to planning permission.

A sizeable family house in a secluded semi-rural location, close to Ropley and Alresford. The property was originally built in 1958, and converted into a house in 1988. There is a potential annexe on the ground floor.

The house sits on a lovely south-facing plot of over half an acre, with beautiful views over fields towards the South Downs National Park. The plot is wide enough for the house to be extended, subject to planning permission being granted. There is plenty of driveway parking, a tandem car port, and an impressively large garage, with a large storage/work space above and additional parking in front, accessed from the lane to the side of the plot. There are solar panels on the south-facing side of the roof.

The property is approached via a five-bar gate, which opens up to a gravelled driveway, with parking for a number of cars. The front door of the house opens to the entrance hall, from where stairs lead to the first floor. Ahead of you a door opens into a snug, which has French doors to the garden, and leads through to a family room, which could double as a guest bedroom. There is a door to the garden, and a cloakroom. A separate hobbies room has been created from the former garage, and along with the snug and family room, has the potential to be converted into a self-contained annexe.

On the first floor landing, there is an airing cupboard with hot water tank and access to the loft. There are five bedrooms, three of which are doubles and two singles. There is a family bathroom, with a white suite.

Outside, the rear garden can be accessed from either side of the house. The secluded lawned garden has a selection of mature shrubs and trees, with views from the end over fields, which are given over to equestrian use. To the side of the plot there is a large garage measuring 28'6" x 19', with stairs up to a storage area measuring 28'6" x 12'5". The garage has its own independent access from the lane at the side of the property, with further parking in front.

The property is well placed to get to the neighbouring country towns of Alresford, Petersfield, Alton and Winchester, which offer a good variety of High Street shops including Sainsbury's, Waitrose and Marks & Spencer, interesting independent retailers, farmers markets and rail connections to London Waterloo. Schools include Perins Secondary School, Alton Convent, Churcher's College, Bedales and Dunannie. There is good access to the road network and Southampton Airport. The nearest village is Ropley which has a thriving community and has a primary school, village shop, post office, village hall and sports field. Ropley and Monkwood are on the edge of the South Downs National Park and there is a network of footpaths and bridleways giving access to beautiful countryside. 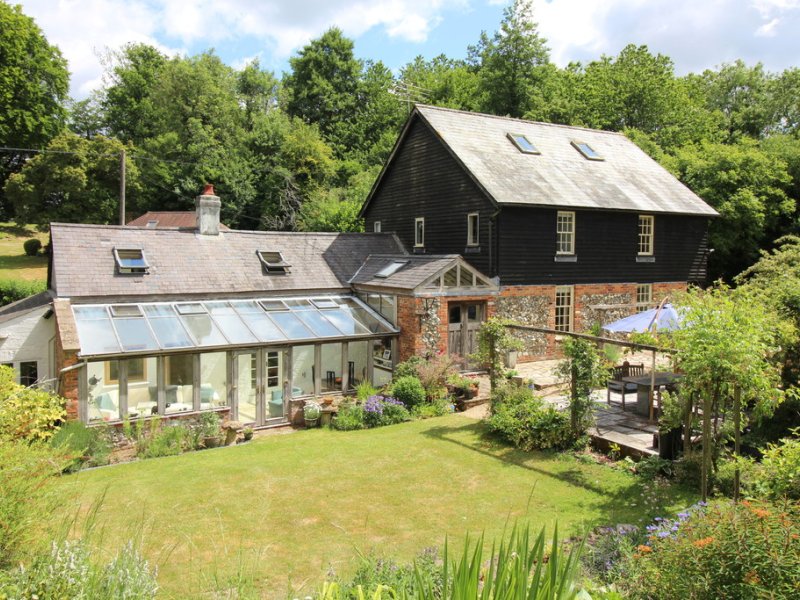