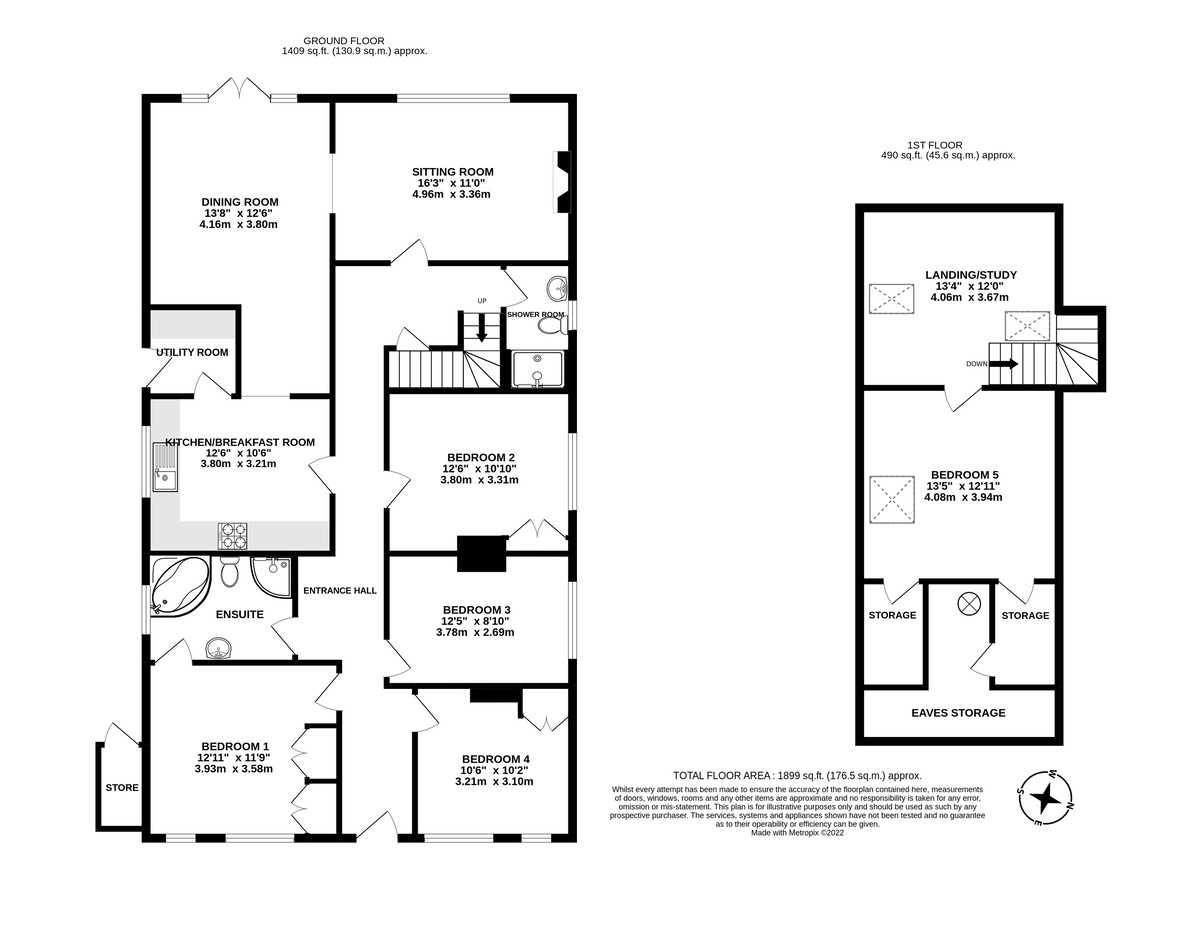 A five bedroom detached bungalow, conveniently located for the town centre, which is ten minutes' walk away. This sizeable property is set on a good plot with a private, westerly-facing garden and a generous amount of parking. No onward chain.

Conveniently located for the town centre which is a ten minute walk away, this sizeable bungalow is set on a good plot in one of the best roads in Alresford, with a private, westerly-facing garden and a generous amount of parking. The property is being sold with the benefit of having no onward chain.

The bungalow is approached from the driveway, with the front door opening to a long hallway with doors off to the various rooms. On the left is the main bedroom, which has twin built-in wardrobes and an en-suite bathroom with a corner bath and separate shower. On the right hand side of the hall there are three double bedrooms, two of which have built-in wardrobes.

The kitchen/breakfast room includes fitted kitchen units and worktops, with a built-in oven, gas hob and filter hood, as well as a built-in dishwasher. A door opens to a utility room, with a door to outside. The adjoining dining room features wood-effect flooring and French doors to the garden. An opening leads through to the sitting room, which features a gas coal-effect fire in a wooden surround. Off the hall is a shower room

Outside, there is a good amount of parking on the driveway, with a gate to the side of the bungalow leading through to the delightful, westerly-facing rear garden, which is laid to lawn with a selection of mature trees. A raised veranda is accessed from the dining room, from where there is a distant westerly view of open countryside beyond. Steps lead down to the garden.

Alresford is a beautiful Georgian town known for its variety of independent shops, restaurants and inns located in stunning surroundings on the edge of the South Downs National Park. Attractions include the Watercress steam railway, schools for infant, junior and secondary education, several churches and an active and inclusive community. Highlights in the calendar include the annual Watercress Festival in May and the Agricultural Show in September. The cathedral city of Winchester is about 7 miles away and there is easy access to the south coast, the midlands and London via the road network. There is also mainline rail access to London from both Winchester and Alton. Southampton airport is only about half an hour away by car.

SERVICES We understand that mains water, drainage, gas and electricity are connected.